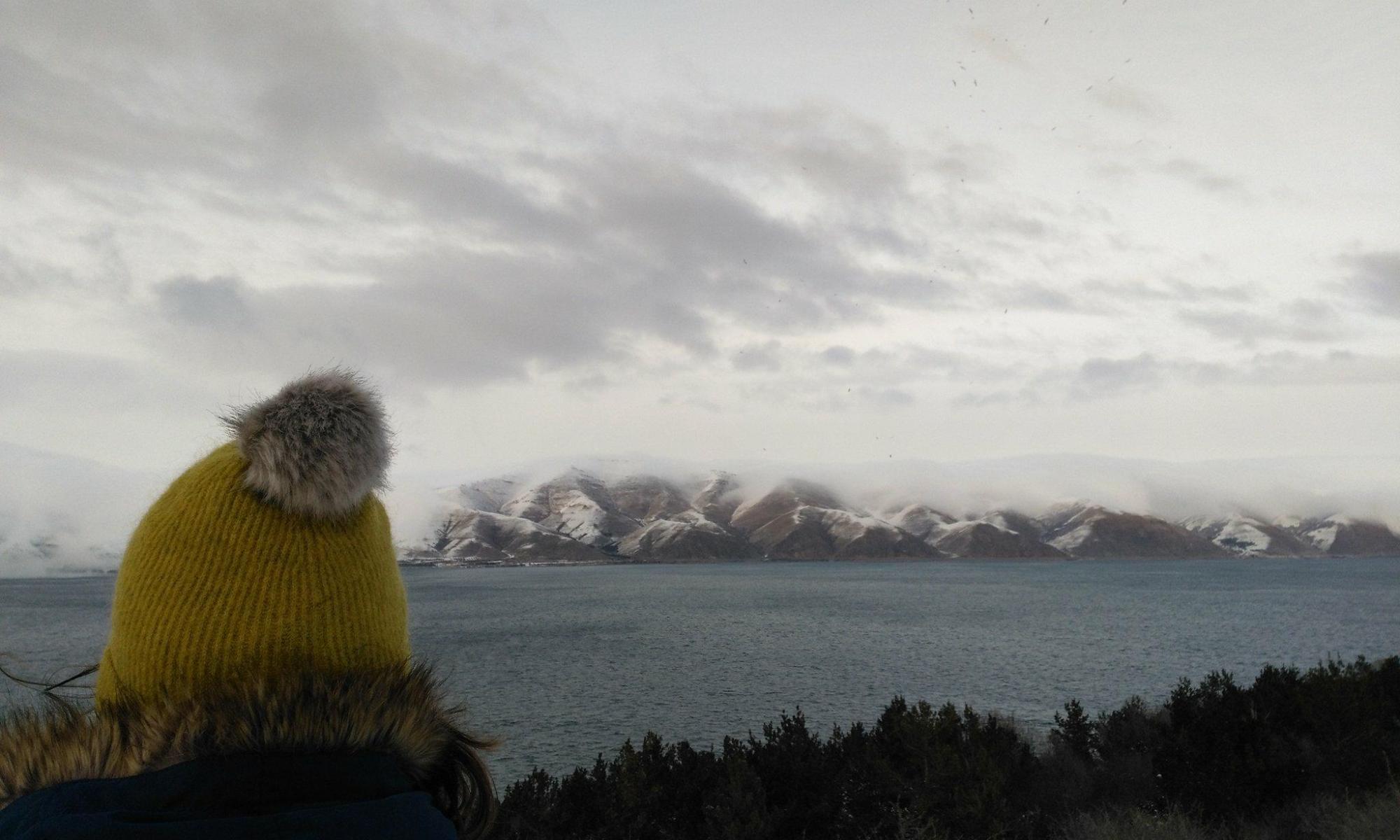 Arriving in Kutaisi’s new airport was the beginning of our Caucasian journey. Approximately 100% of the people I’d told about my holiday with my sister were perplexed and couldn’t have told you where on earth Kutaisi was. To be honest, it’s not quite Barcelona or St Petersburg as far as second cities go, with a post-Soviet shroud typical of the Caucuses consuming the place. Its outskirts were striking however and the people wonderfully amiable, and the food was delicious and of course very reasonably priced. Our lari went quite far here, despite the sensation of being the ripped off Westerner never fading.

On to Tbilisi, by cramped minibus. Georgians love talking on the phone, we discovered, as a cacophony of Kartvelian tones accompanied the magnificent views out of our window.

The city is an amalgamation of Persian, Russian, and Eastern Orthodox styles, and the result is a charming and occasionally spectacular hotbed of accelerated post-Soviet culture. The nightlife is Berlin-lite, the restaurants are international, and the arts scene is impossible to ignore. Set in a dramatic valley and incorporating a range of architecture, Tbilisi is without a doubt pretty, and culturally it has enough for the discerning traveller.

Our sleeper train to Baku – facilitated by Rose’s rudimentary Russian – rolled into the pristine central station at the crack of dawn. A hastily booked AirBnB, located a stone’s throw from the Caspian Sea-side promenade, beckoned us and from there we explored. Baku can only be described as a blend of Parisian, Viennese, and Dubaian influences. Azerbaijan’s oil-rich status has led to its capital city being thrust into the limelight, with a Grand Prix and a Zaha Hadid-designed museum (Heydar Aliyev Center) reflecting its recent emergence as a place to be seen. The Old Town does however remain and its cobbled alleyways and simple buildings balance out the bright lights of the new age. Whilst it looks awesome, Baku actually has little to do – that is unless your idea of a day out is shopping at designer brands. The aforementioned Heydar Aliyev Center not only impresses from the outside but feels like a spaceship from the inside too and has a range of interesting exhibits. Formula One enthusiasts can walk the streets of the Grand Prix circuit, which takes in the splendours of the Old Town too. We dined in style and for relatively little money in Baku, and would thoroughly recommend Azeri cuisine.

We returned to Tbilisi, which can act as a wonderful hub for your Caucasian journey, and hopped straight in a very reasonably priced taxi to Yerevan – Armenia’s capital. Yerevan most reflects the Soviet bloc’s architectural and urban features, and holds markets where you can buy Communist era trinkets and play chess against old men. We didn’t try our hand, acknowledging the futility of such a pursuit given its status as the national sport of the country.

We were fortunate enough to encounter an independent tour guide who designed two days full of the best Armenia has to offer. It’s a small country but its attractions are fascinating and plentiful. Our entire time was blanketed in a light snowfall that will certainly linger in the memory, and an accompanying bitter cold that made visiting Lake Sevan in particular a near cryogenic experience. The hauntingly beautiful sight of freezing winds rolling over the choppy waters with an alpine backdrop is not easy to forget, especially when coupled with one of Armenia’s typically stunningly located monasteries.

Garni Temple and Geghard Monastery were extraordinary to see in the snow, and because of the inclement weather both were almost empty. I would recommend anybody to visit the most popular attractions out of peak season and hours just to make the experience more personal and mystical.

Our last stop landed us in the pristine slopes of Northern Georgia. Gudauri, the country’s premier ski resort, is located close to the Russian border, and accordingly plays host to a number of Eastern European guests. Its facilities, whilst small compared to some of Europe’s better-known resorts, are excellent and the cost of the whole package can be laughably low compared to the same experience in the Alps. As beginners we were handled with care by a local instructor and ultimately it was a wonderful experience that has hooked me into skiing.

Our journey had one last leg, which turned out to be quite memorable. In near-blizzard conditions, we returned to Kutaisi. What would normally be a six hour journey became roughly ten as we tackled poor visibility and sub-optimal conditions. Obstacles in the form of abandoned vehicles and hardy snow ploughs slowed us down but did not prevent us from making it back to Kutaisi for one last night before we flew home.

This is a text widget. The Text Widget allows you to add text or HTML to your sidebar. You can use a text widget to display text, links, images, HTML, or a combination of these. Edit them in the Widget section of the Customizer.